Shepherd’s Star is committed to being open, honest and accountable. It encourages a free and open culture in its dealings between the Trustees, employees and volunteers.

This policy aims to help the Trustees and employees/volunteers to raise any serious concerns they may have about colleagues or their employer with confidence and without having to worry about being victimised, discriminated against, or disadvantaged in any way as a result.

who ‘blow the whistle’ on malpractices within their organisation.

What types of concerns?

The policy is intended to deal with serious or sensitive concerns about wrongdoings such as the following:

It is not necessary for individuals who raise the concern to prove the wrongdoing that is alleged to have occurred or is likely to occur. However, if an individual knowingly or maliciously makes an untrue allegation (e.g. in order to cause disruption with the charity), we will take appropriate disciplinary action against them. It may constitute gross misconduct.

Individuals should also note that they will not be protected from the consequences of making a disclosure if, by doing so, they commit a criminal offence.

This policy does not deal with any complaints staff may have about their employment. This should be dealt with through our Grievance Procedure and our Bullying and Harassment policy offers protection to workers against harassment, bullying and discrimination.

Anyone else should make complaints or raise concerns through our Complaints Policy.

How to raise a concern in the workplace

If any individual is unsure whether to use this procedure or they want independent advice at any stage, they should contact:

Disclosures made to a legal advisor while obtaining legal advice will be protected under the Public Interest Disclosure Act.

Protecting the individual raising the concern

If an individual raises a concern which they believe to be true, we will take appropriate action to protect the individual from any harassment, victimisation, or bullying.   Employees who raise a genuine concern under this policy will not be at risk of losing their job, nor will it influence any unrelated disciplinary action or redundancy procedures.

The matter will be treated confidentially if the individual requests it and their name or position will not be revealed without their permission unless we must do so by law. If in other circumstances the concern cannot be resolved without revealing the individual’s identity, the Whistleblowing Officer will discuss with the individual whether and how to proceed.

Concerns raised anonymously tend to be far less effective, but the Whistleblowing Officer will decide whether or not to consider the matter, taking into account:

How we will deal with the concern

How the concern will be dealt with, will depend on what it involves. It is likely that further enquiries and/or investigation will be necessary. The concern may be investigated by the Whistleblowing Officer, the Trustees, through the disciplinary process or it may be referred to the Police, other agencies such as Social Services, an external auditor, the Charity Commission or an independent investigator.

It may be necessary for the individual to give evidence in criminal or disciplinary proceedings. We will give the individual feedback on the progress and outcome of any investigation wherever possible.

If the suspicions are not confirmed by an investigation, the matter will be closed. Staff will not be treated or regarded any differently for raising the concern, and their confidentiality will continue to be protected.

Whistleblowing, or public interest disclosure, is when a worker reports a concern about the improper actions or omissions of their colleagues or their employer which may cause harm to others or to the organisation. Obvious examples of such improper actions include theft, fraud, abuse, breaches of health & safety.

The disclosure should be made ‘in good faith’. In other words, the disclosure must be made out of real concern about wrongdoing. Knowingly and maliciously making false accusations for ulterior motives is not whistleblowing. The whistleblower should reasonably believe the information and allegation is substantially true, even if the information later turns out to have been incorrect.

Whistleblowing is not the same as making a complaint or raising a grievance, where the individual is saying that they have personally been poorly treated. A whistleblower is usually not directly or personally affected by the concern and therefore rarely has a direct personal interest in the outcome of any investigation into their concerns.

The whistleblower raises the concern so that others can address it. Examples of concern may include:

The Public Interest Disclosure Act came into force in July 1999. It protects most workers against unfair dismissal or being subjected to any other detriment by their employer (such as denial of promotion, pay rise or training) for making disclosures about wrongdoing. It covers all employees, trainees, agency staff, contractors and homeworkers, regardless of length of service or age. However, the genuinely self-employed and volunteers are not covered by the Act.

Kingdom or abroad. In order for it to be a ‘qualifying disclosure’ under the Act, the

whistleblower should reasonably believe that there is

Case law has shown that the second reason for a qualifying disclosure, a failure to comply with any legal obligation can be interpreted broadly. For example, this includes breach of a contract of employment, but for the disclosure to be protected there must be a real legal obligation not just a belief that there is one.

Once a disclosure has been made in good faith to a manager or employer it will be protected under the Act. This should normally be the first route for workers, rather than having to disclose the concern externally. However, it does mean that the matter should be dealt with by employers, quickly and thoroughly.

If the matter is not dealt with internally, whistleblowers can disclose to appropriate external bodies. The Act protects disclosures made to prescribed bodies such as the Health and Safety Executive, the Inland Revenue, the Audit Commission, the Charity Commission, the Commission for Social Care Inspection, the Financial Services, General Social Care Council, the Housing Corporation, the Information Commissioner and the National Care Standards Commission (full list can be found at www.pcaw.co.uk/law/lawregulatorses.htm). The disclosure is also protected if it is made to a legal advisor in order to obtain legal advice.

The Act also helps ensure that organisations respond without trying to cover up, or to victimise or dismiss the whistleblower. If the whistleblower fears they may be victimised, or that a cover-up is likely or there is no appropriate prescribed regulator, or if the matter has already been raised internally or with a prescribed body, wider disclosures can be made and still be protected.

Wider disclosures might be to another professional body, the police, an MP, the media, etc. They should still be reasonable in all circumstances, taking into account the seriousness of the matter and likelihood of re-occurrence. Reasonableness would also include consideration of whether the worker first followed this whistleblowing procedure. However, if the wrongdoing is of an ‘exceptionally serious nature’, (such as involving a murder enquiry) the whistleblower need not fear victimisation or cover up to make a protected disclosure to an external body, although it should still be reasonable particularly with regard to whom the disclosure is made. If the whistleblower is victimised for making the disclosure, they can bring a claim to an employment tribunal for compensation. Dismissals of employees for making a protected

disclosure are automatically unfair. Compensation awards will be uncapped and based on the losses suffered.

Any clauses in an agreement between a worker and the employer which prevent the worker from making disclosures protected under the Act will be void.

Want to
get involved?

Shepherd’s Star wouldn’t exist without the incredible support, kindness and generosity of our friends, who bring us together – giving their time, finances, emotional support and creativity to improving our local community.

Connected, we light up the dark. Pop us a
mail
connect@shepherdsstar.org 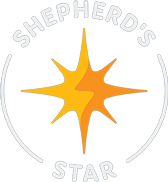